Nathan Joe is a Christchurch born, multiple award-winning playwright who captivates Auckland with vivacious and experimental theatre. His show ‘I Am Rachel Chu’ (based off the hit film ‘Crazy Rich Asians’) returns to Auckland after a sold out and award-winning season at the Fringe arts festival, 2019.

We sat down with Nathan at the BizDojo Office in Ponsonby to talk about the narrative, and ideas behind the show.

How would you describe the show ‘I Am Rachel Chu’?

‘I Am Rachel Chu’ is a semi improvised, devised theatre show based off the book and film Crazy Rich Asians. Myself, Ravi, Amanda, and Angela have rearranged the story, taken bits out, and  added our own personal stories into it.

The audience will get to re-experience the story of ‘Crazy Rich Asians’, but with these tangents and interruptions. Sometimes these interruptions aren’t just personal stories, but games (spontaneous theatre games). We also break the fourth wall by acknowledging and, at times, interacting with the audience.

Why did you specifically choose to base your play off ‘Crazy Rich Asians’?

It seemed important because last year Crazy Rich Asians was such a big cultural phenomenon.

The reason it felt so relevant, and the perfect template for our show is because it’s very existence questions Asian media representation. It became the King or Queen of representation, and still is to an extent because it’s the largest Asian cast Hollywood blockbuster in existence. Because of that, there are all these conversations about what it was representing, saying and doing for the community. As an all-asian cast, did we feel represented in this piece of media? And in asking that question, what sort of ideas, problems, and conundrums do we come up with?

Who are you representing in the story?

Asian millennials who are predominantly assimilated or westernised. We are telling the story of the average young Asian who has been raised in a western country. They are not necessarily of high income and predominantly work in the Arts, so not the model minority. We’re real people with real stories, which isn’t to say that we don’t overlap with stereotypes, but we’re the Asians you probably meet in Auckland a lot, but don’t see represented on our screens. We’re like your ‘Asian next door neighbour’ in a way.

Why have you chosen to stage this show in Auckland?

I think it serves Auckland really well because this city is such a fascinating melting pot of culture. It’s currently at an all-time high when it comes to the intersections between different POC artistic communities, and I think very few cities in the world have the same level of cultural collision going on. It is intense, really beautiful and scary for a lot of people. You learn so much about people and yourself because of culture. So when you’re in a city that is fertile ground for cultural investigation, diversity, and interrogation, a work like this feels inevitable and I think that this work couldn’t exist anywhere else.

Take us through the journey from the first version of the play at Auckland Fringe Festival till now. How are you approaching the narrative the second time?

The first time was pretty rushed, stressful, and hectic. We would go through the book and film to figure out what the pivotal moments in the story were, and what our own versions of that were. For example, Rachel calling her mum in the movie becomes a game where one of the cast members calls their loved one. The actors were learning as it was being made, and never had much time to sit with the themes or ideas.

The second time around we received funding and the big question was how do we deepen our own understanding of the text, games, and themes. The actors have really questioned why their stories are valuable. Hopefully their own understanding of the text and what they bring to it is different. The design elements are more polished and speak to the themes as well. Overall, we hope that it’s more meaningful, and makes more sense as a cohesive whole.

Why did you choose these 3 actors to work?

I think their stories are as valuable as the Hollywood narrative that we’re spoon-fed. And are good enough to actually be a Hollywood story, but just don’t fit into the paradigms of what we expect. Ravi, Angela, and Amanda are people that I recognise and know every day (not to say that they’re not unique in their own way) and have so much character and personality through their interesting quirks, and nuances. Their life choices fascinate me, and I think they bring that on stage with them.

What do you hope the audience takes away from this show?

I hope they come away with it going: Yes. My story is valuable, and maybe I will tell my own story. The asians that are like us, are coming to the show because they’re hungry for alternative versions of themselves. This is just a small piece of the puzzle. I also hope that other audiences are eager to see more alternative Asian stories.

‘I Am Rachel Chu’ isn’t the end of a conversation, it’s just the start of one, in the same way that Crazy Rich Asians is just the start of the conversation about the sort of work we want to see, make, and stories we want to tell. We’re living in a really awesome time as Asian artists who are culturally aware, sensitive, and savvy for even better and unique stories to exist, ones that have never been told before. We are sowing the seeds for that and it’s quite exciting. 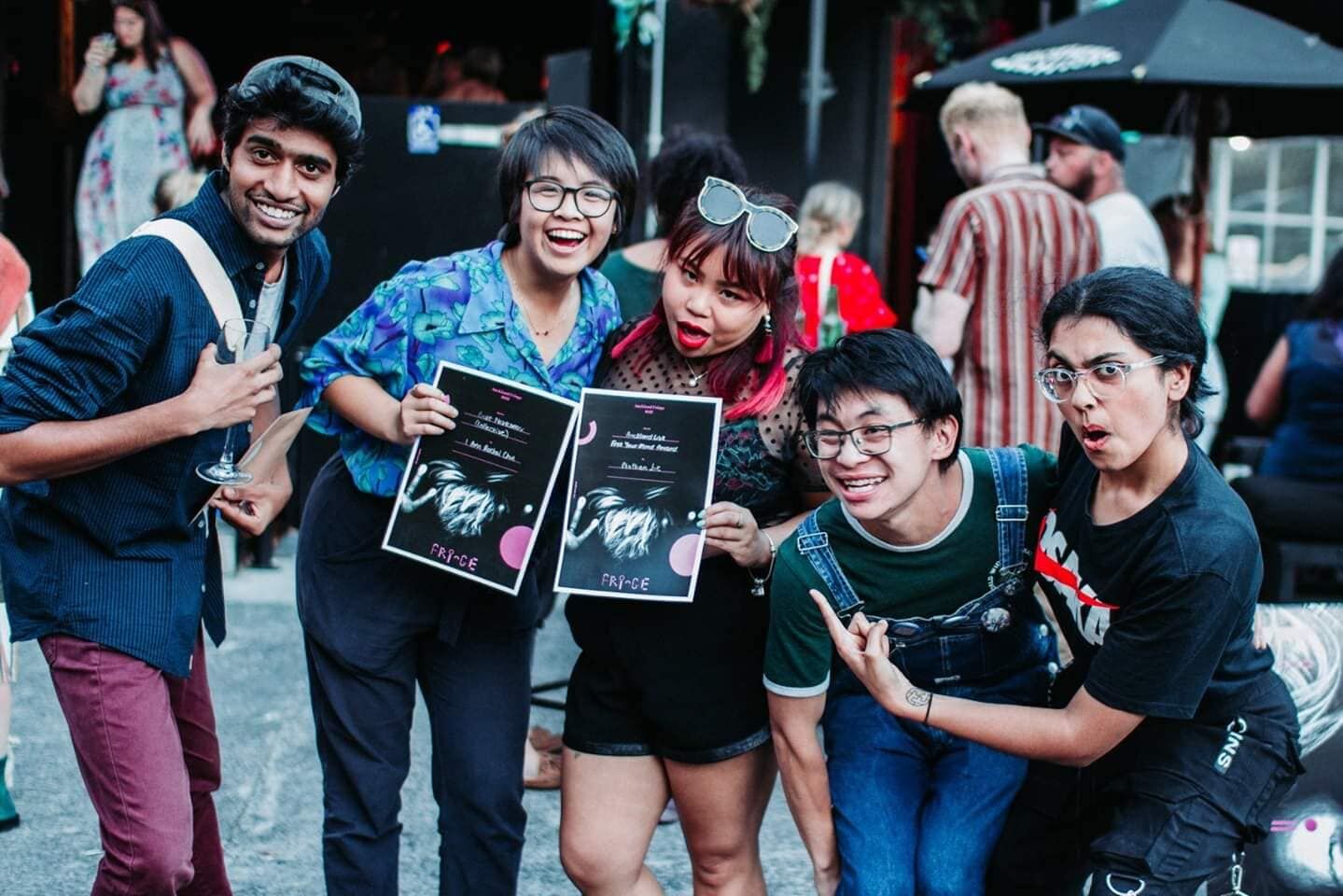 ‘I Am Rachel Chu’ is on at the Basement Theatre from August 6th - 10th. Book tickets here.