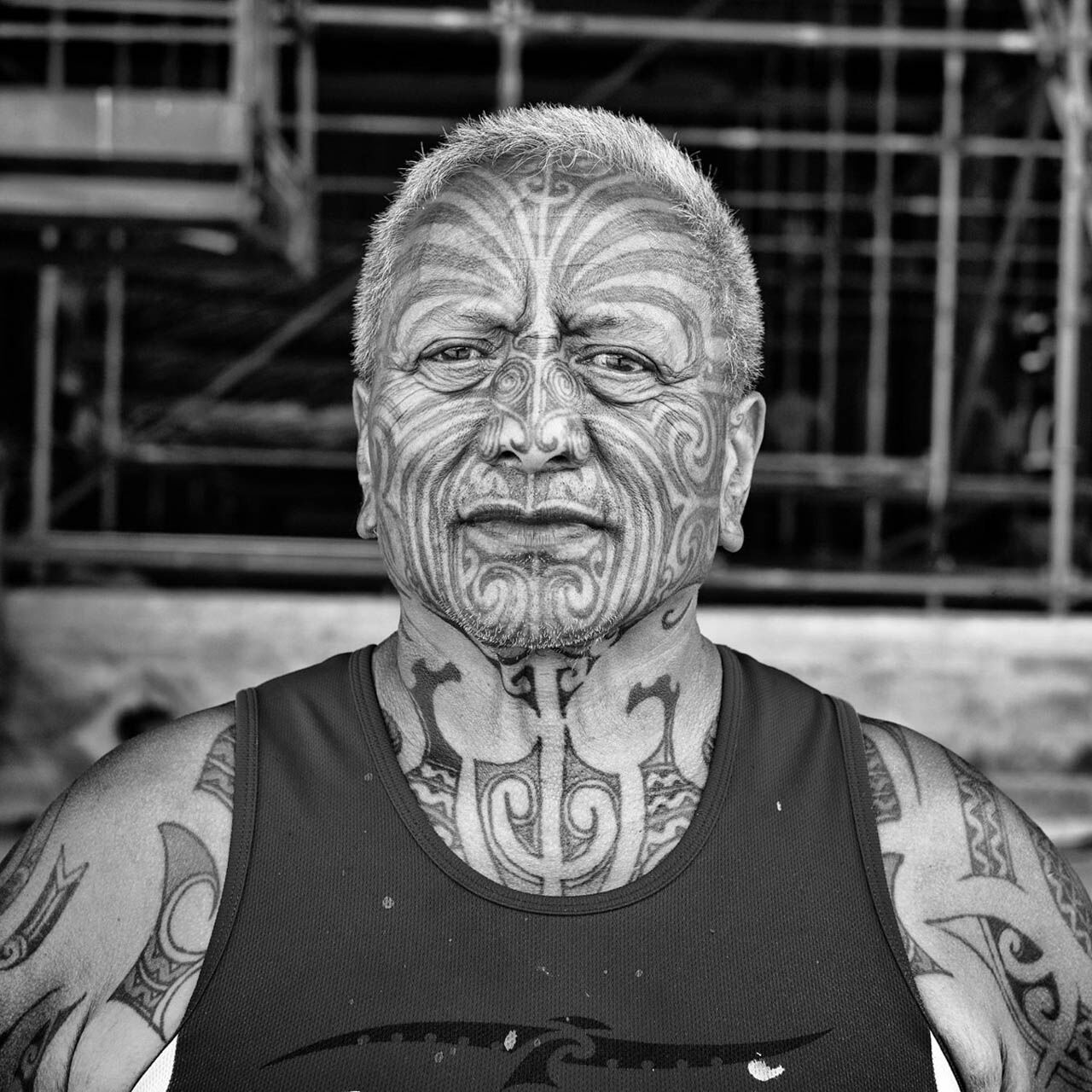 Tame Iti is known as many things… Activist, Artist, Terrorist and Cyclist. Literally wearing his Tuhoe heritage on his face, Iti is hard to miss in a crowd despite being just 5ft 4″ tall. His 40 year history of controversial and theatrical displays of political expression have included pitching a tent on parliament grounds and calling it the Maori embassy, Shooting a national flag in front of government officials and the curious spate of public meetings where he appeared with a ladder so as to speak eye to eye with officials who were seated on stage. Iti explores how the old saying of “Te ka nohi ki te ka nohi” (Dealing with it eye to eye) creates a far more productive space for open dialogue around any issue. “No one can tell you that you are not important and your experience does not matter and if they do… I challenge them to say it to your face… where they can see your eyes and feel your breath.”